We balance the engine, transmission and driveline all together as one assembly for this particular racecar being prepared to race in the Daytona 500; which increased and widen the power band of the engine.

See the before and after in the Chassis-Dyno SAE J607 Power Data graph.

• Increased Horse Power: 15 HP (NASCAR teams consider any power increase above 3HP as nothing less than a miracle)
• Increased Torque and Acceleration
• Coast down was also the longest ever recorded on this particular Chassis-Dyno, at Joey Arrington’s engine facility, which indicates that every rotating component from the front of the engine to rear gear of the differential is perfectly balanced. 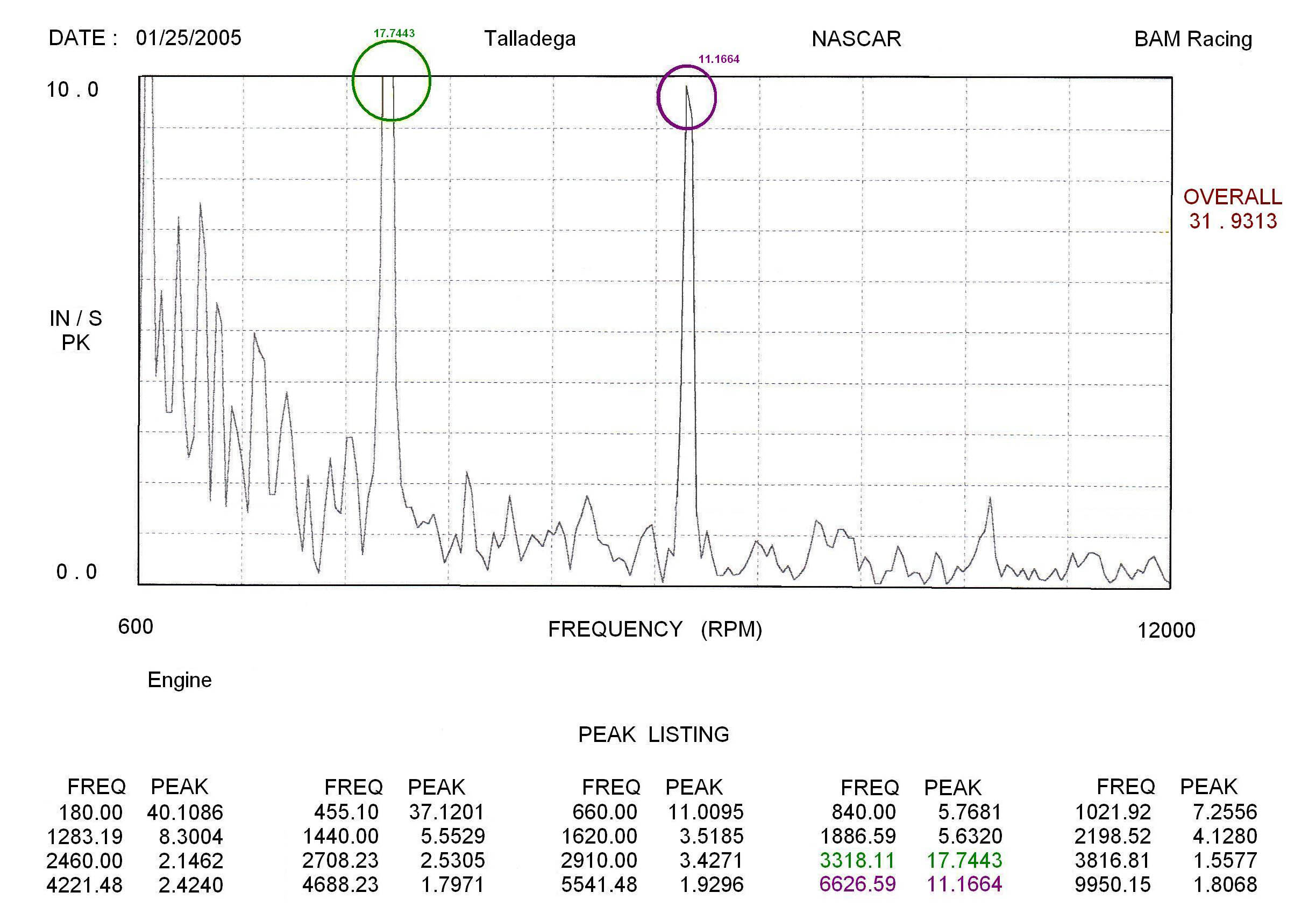 In the chart below, the transmission and driveline overall vibration measured at 4.4885 IPS (as shown outside the graph on the right).  Driveline’s individual peak is measured at 2.0172 IPS. 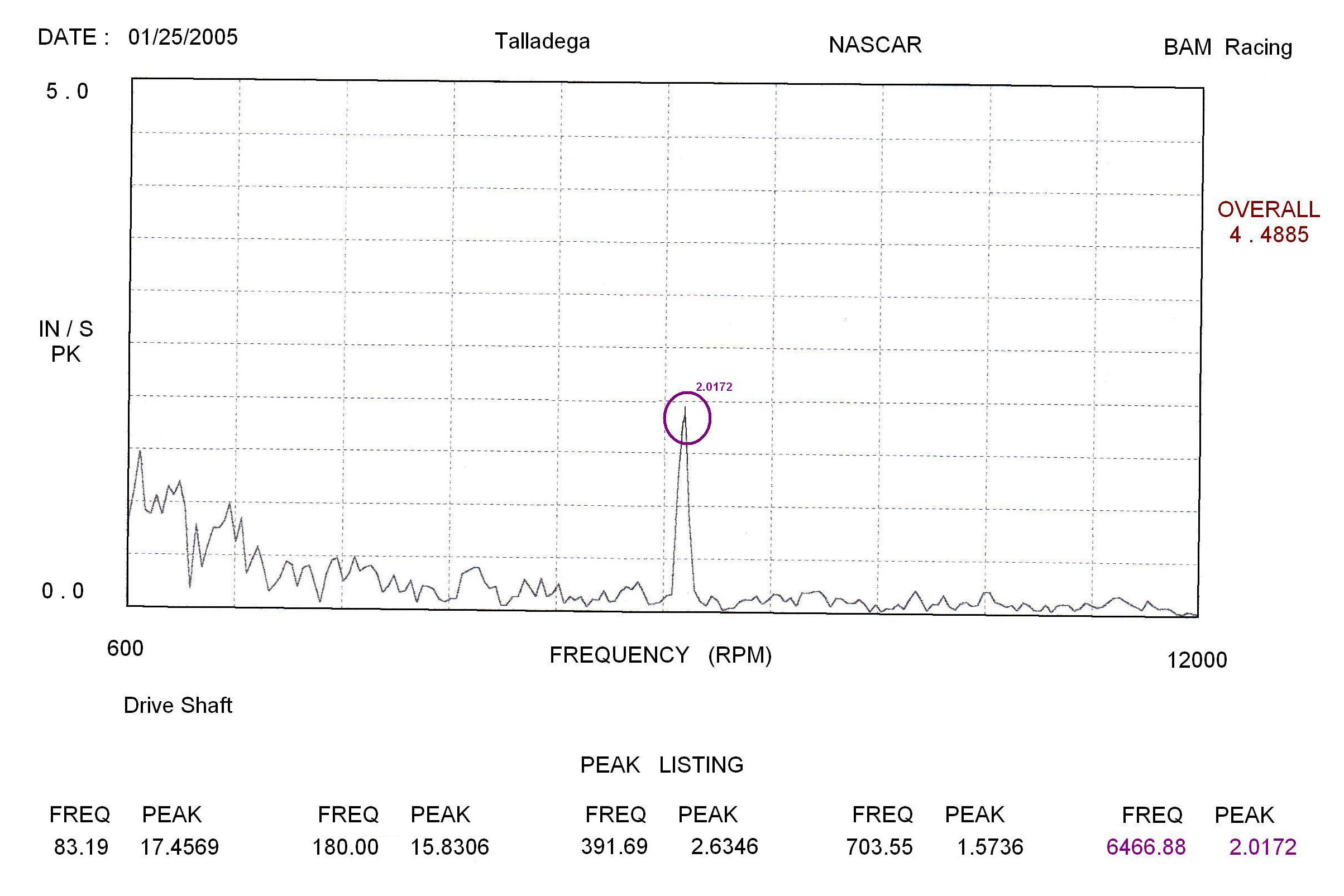 NOTE: Vibrations measurements in the two charts above were both recorded simultaneously.  Lap time on the 2.5 mile race track in Talladega was clocked at 52.13 seconds during the vibration recording. 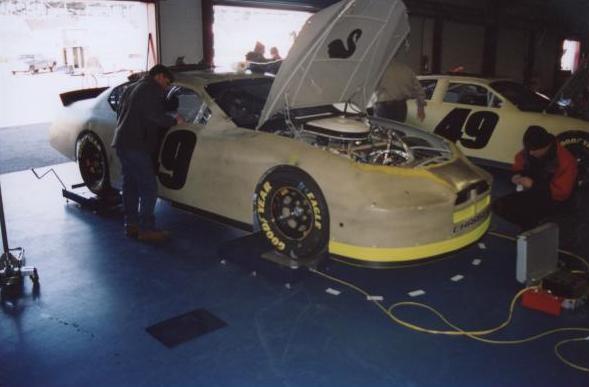 During the final test run, on the race track, engine’s new overall vibration measured at 2.5653 IPS, as shown below in Figure-4 outside the graph on the right; this is a 92% overall reduction in vibration from the original baseline measurements illustrated in Figure-2. 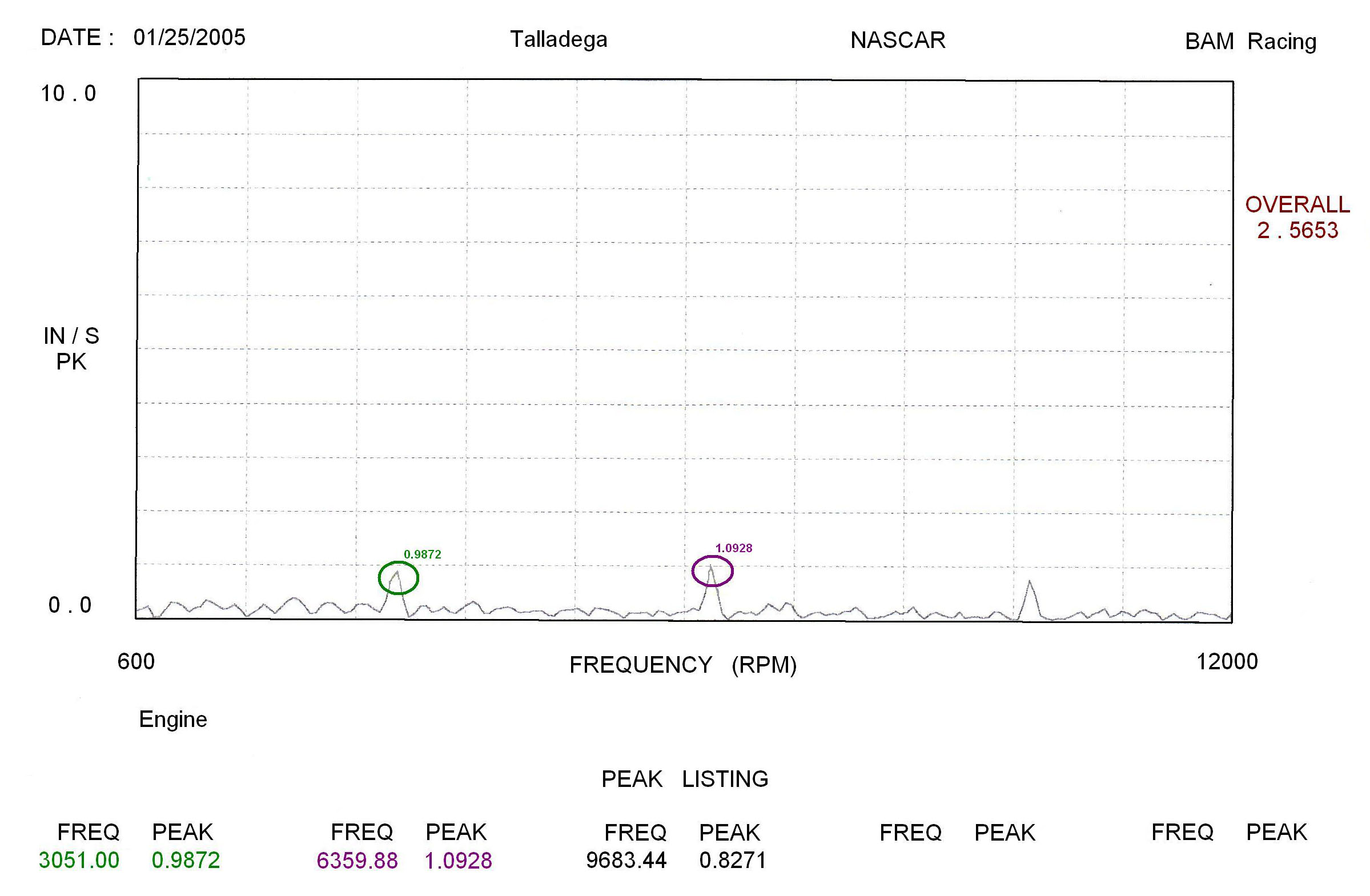 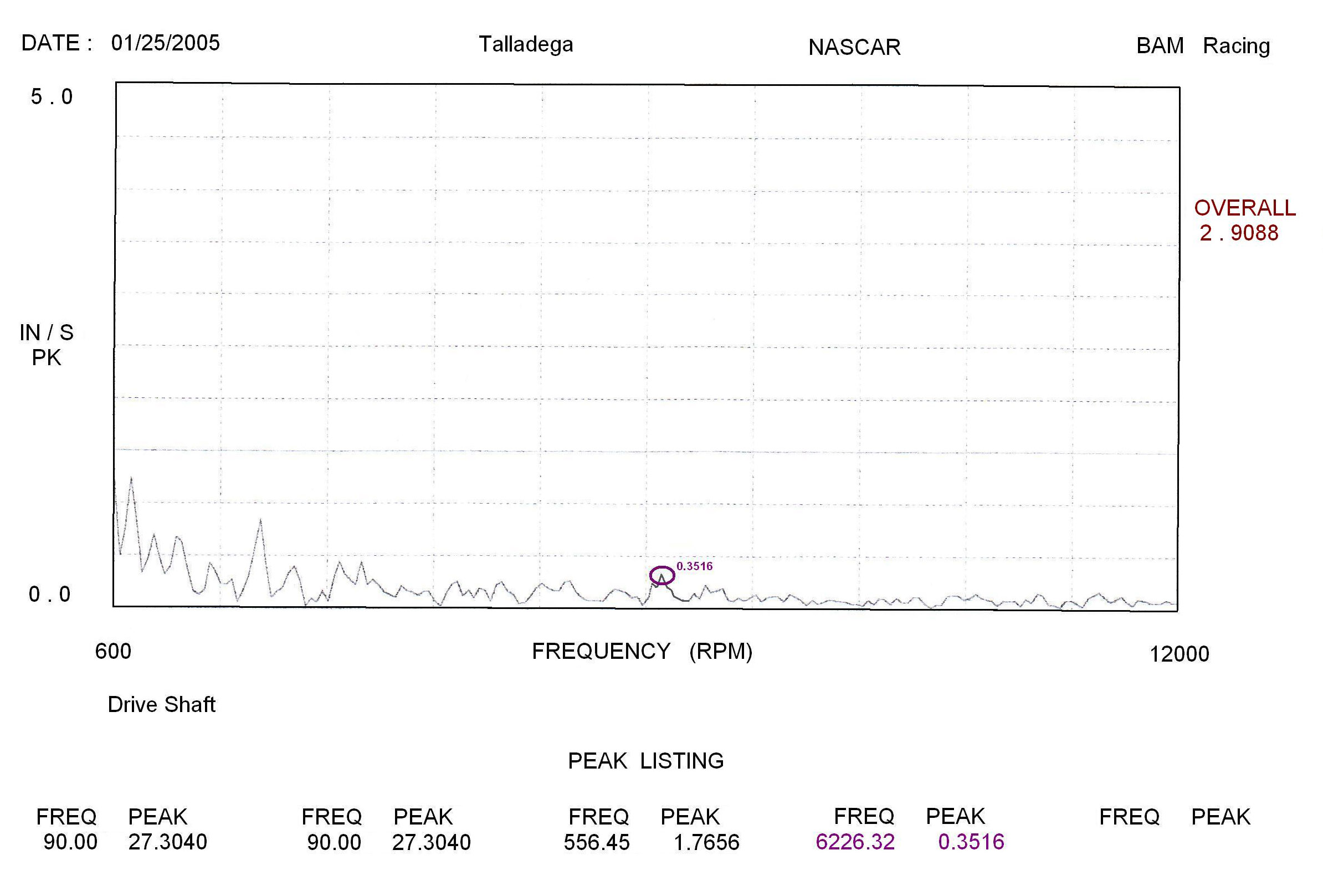 As the final vibration measurements in Figure-4 and Figure-5 above were being recorded simultaneously.  The Lap time on the 2.5 mile race track was clocked at 51.95 seconds and again at 51.88 seconds, an increase in speed of 0.18 to 0.25 seconds from the original 52.13 seconds clocked at the beginning of this test.

This same test car then raced in the Daytona 500 and was clocked as one of the four fastest cars on the track breaking the 190 mph barrier with installed restrictor plates.